On the 27th December 2016 a walk around Reedham village was organised to highlight residents disappointment with the closing of a footpath within the village and to raise both awareness and funds with the hope of seeing this reversed and the path re-instated.

The walk started at the village Hall and finished at the brewery where a one off firkin of beer (footpath ale) was donated for sale to the thirsty walkers to further the fund raising. There was also coffee, tea, mince pies, biscuits etc supplied by a willing team of volunteers as well as a tombola, with prizes generously donated from various organisations and  businesses within the village. 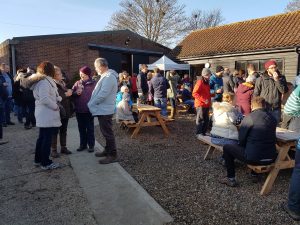 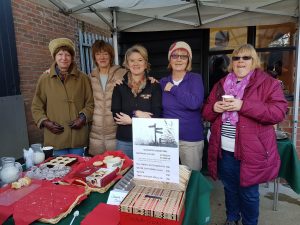 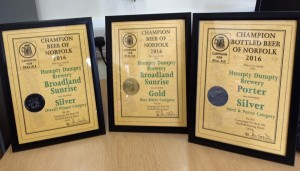 Broadland Sunrise picked up the GOLD for best bitter (cask) at the Norwich and Norfolk Camra awards this year. It also picked up SILVER in the overall category with Honey Cat (from the Fatcat Brewery) pipping it to the top spot, well done to them.
Our Bottled Porter also picked up A Silver in the bottled Stout and Porter category.

This was  two-fold event, with the unveiling of the new Defibrillator and cabinet at the village hall – funded by Grants from the Parish Council, the First Responders and the Village Hall Association and the presentation of the Humpty Dumpty cheque to the First Responders from our fund raising in 2015.

In total the brewery presented £1350, of which £1200 was raised at our open weekend in December and the other £150 was given by our local CAMRA (Norwich and Norfolk) on holding their branch meeting at the brewery in September.

Noticed the change on our page header? It’s part of our new brand look. New bottle labels, new pump clips, new media – a whole new look……
Keep your eye out for the changes as we roll them out over the next month or so, here, on social media (Facebook / Twitter) and at all good outlets supplying Humpty Dumpty Beers. 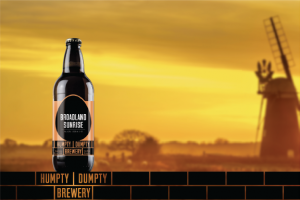 New outside signs all in place 🙂 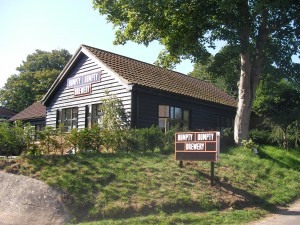 Just for fun, have you seen a Humpty Dumpty Beer somewhere unusual or unexpected or maybe something named Humpty Dumpty. Send a photo to us,  via email to the webmaster, and we might just add it to this blog (do please keep it safe for work). Here are a couple to get us started…. 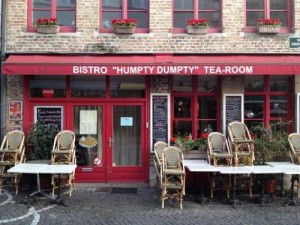 This one is from Gareth Potter, The Humpty Dumpty tea room in Bruges, Belgium. 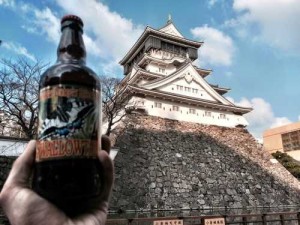 And here’s a well traveled Swallowtail, that’s Fukuoka Castle, Japan, in the background. Thanks to Stephen Case for that one…

All set up yesterday and ready for the thirsty crowds that today’s weather will no doubt bring.

Catch  Lesley on the Mustard TV spot from yesterday via the LINK, about 01:18 in….

……. unfortunately the brewery wasn’t named but our new summer ale “Let the Sunshine In” was..

Follow the link for the Ken “listen again” and then forward to 48:00 to here the mention…..

Our “special” as produced on request by the organisers of the 42nd Cambridge Beer Festival has been voted Beer of the Festival by the public. Our thanks to them for enjoying it and voting.
What was it? PanGalactic GargleBlaster……

And before you ask, sorry – it was a one off special and won’t be available to our general market. The good news though, if you can make it along, is that it will be one of our specials at our own festival – The Reedham Beer Festival 2015.

On the 30th April 2015 brewers from Golden Triangle (Kevin), Grain (Phil), Humpty Dumpty (Ian and Tom), Panther (Martin) and S&P (Andy and Tom) all descended upon Grain Breweries site in order to brew a collaboration beer.
The reason for this? It is this year the fifth year of the Norwich City of Ale Festival and it was decided that five breweries would get together to brew a special beer using five different types of grain (all very kindly donated by Crisps Maltings) and five different types of hop and that this beer would be sold around the pubs in Norwich over the festival with 50 pence per pint to go to charity – The Hamlet Center Trust in Norwich, which supports children and young adults with disabilities. The beer has been given the name Wymer’s Gold, selected by a panel of judges following a competition. It was chosen in recognition of trust founders Jack and Margaret Wymer.
Also along for the brew were Caz Jones (city of ale banner designer), who brought along the pumpclip which she had designed and Pauline Morgan, CEO of the Hamlet Centre Trust.
Here’s the film report from Mustard TV.

Norwich and Norfolk CAMRA recently awarded this years awards for real ales in a bottle and we are pleased to report that our Red Mill picked up two prizes.
Gold in the bitter Category
Bronze in the overall competition.

Have we got a treat for you at the Brewery Shop this weekend! Champion Beer of Norfolk Big Sharpie & our stylish Czech cask pilsner Lezak both on draught. Open 12-5pm every day, lots of other #champions & #treats to be found in the shop - come & see for yourself! #norfolk #realale #shoplocal #norfolkbroads #beerstagram #beerbeerbeer #cheers 🍻🍻 ... See MoreSee Less
View on Facebook
· Share

When this happens, it's usually because the owner only shared it with a small group of people or changed who can see it, or it's been deleted.
View on Facebook
· Share