The brewery is owned by Stephen and Lesley George with Lesley running the brewery whilst Stephen maintains a background presence alongside a full time job outside the brewery. In addition they also employ a further five staff in various brewery and sales roles, alongside other brewery representatives.

Meet the team below….. 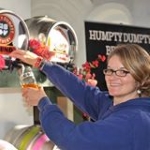 Lesley (Partner & Business Manager) studied at Edinburgh University then spent 13 years working in London & travelling in the management of Cultural Exchange Programmes.  She also lived in the USA and Brazil before moving to Norfolk with her family in 2006 to be part of the new Humpty Dumpty Brewery team. 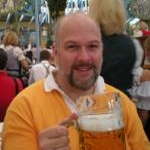 Stephen hails from Pittsburgh, Pennsylvania and has lived in the UK since 1997.  A keen homebrewer, he started making real ales after hopping the pond. Trained as a chemical engineer, Stephen works full time outside of the brewery as a consultant in the oil industry.  His travels give him ample opportunities to try new beers everywhere, and he does look forward to working with the brewery in his spare time. 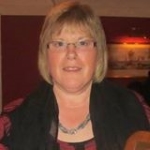 Started at Humpty in summer 2010 after working for 30 years in the hospitality industry and the latter 20 years as hotel manager . Now have the time to enjoy sailing our traditional Broads sailing cruiser here on the Broads, President of the local WI and a member of the local amateur theatre company and spend a lot of my spare time walking our dogs and generally joining in village life!! 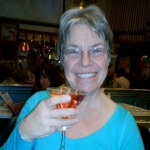 Ann has worked for the current partners since they first took over the brewery. She serves on the local parish council and is a member of the Womens’ section  Royal British Legion. Ann is an active member of the village and enjoys walking with her daughter and dog around the Norfolk countryside. 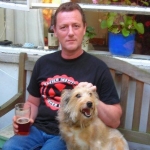 Head Brewer Ian has been at the brewery since May 2011 , arriving via a short career (five years) in teaching and a long career (25 years) in the Military (Army). Alongside his responsibilities as head brewer Ian also works in the office, primarily on social media including running the website but also in advertising and design. Outside of work he enjoys a physical lifestyle including running, having taken part in a number of races over various distances, as well as the more usual and relaxing pursuits such as the theatre / movies / eating out etc. 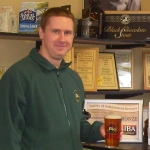 Tom spent the summer of 2010 working at the brewery as a holiday placement from university. He returned as Assistant Brewer in 2012 after having finished his BSc in Brewing and Distilling at Heriot-Watt University in Edinburgh. In the brewery, Tom works in the day-to-day brewing and bottling operations, as well as some lab work and new product development. Outside of work, he is a keen cook and baker and an avid miniature wargames enthusiast.

Thrilled to be part of Acle Winter Beer Festival again this year - looking forward to it ! 🚛🍻📣📣📣breaking news📣📣📣We are buzzing here at beer festival HQ todayWe are so proud to announce once again Ovamill Limited as our main sponsor for the 2nd Acle winter beer festival🍻We really can't thank them enough for their support and generosity👏👏If that wasn't enough good news in one day!! Humpty Dumpty Brewery will be helping us source and supply the ales, cider, craft beers and🤞a special Norfolk lagerThis event would not be possible without their helpSadly we will be missing someone this year.As you all know Mark from Ovamill is no longer with us. His help two years ago "laid the foundations" for future events by us as a group. Mark had many passions in life. He loved social events that bring people together. He loved helping others by donating money to good causes.This is exactly what we plan to do again this year.Save the date March 4th 5th 6th Acle Winter Beer Festival 🍺 ... See MoreSee Less
View on Facebook
· Share

Hello from Sunny Reedham!! These are the beers we have available this week, deliveries planned for Norfolk & Suffolk, give us a call if you would like to place an order! And remember the Brewery Shop is open 12-5pm Wednesday-Saturday 🍻🚛💨 ... See MoreSee Less
View on Facebook
· Share